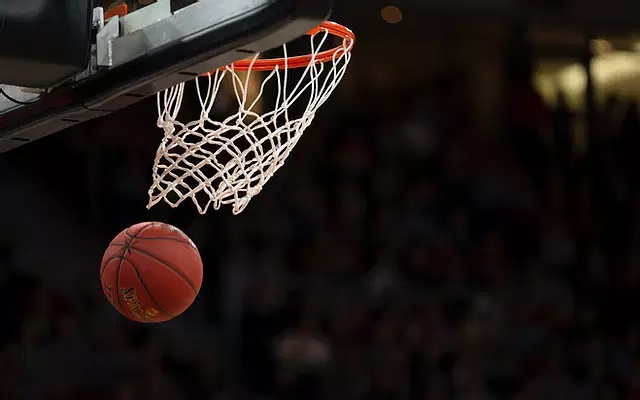 Welcome to the Ultimate NBA Betting Guide of 2021.

The National Basketball Association is composed of 30 professional teams split into two conferences, the East and the West, and three subdivisions within each conference. Although the divisions do not have an impact on postseason futures, they are important in determining who each team will face off against during the season.

There is also a midseason break for the NBA’s All-Star Weekend, which consists of the Three-Point Shootout, the Skills Challenge, the Slam Dunk Contest, and the All-Star Game. The break usually lasts for around a week and takes place every February, a little past the halfway mark in the regular-season schedule.

Types of Bets to Make On NBA Games

The most popular bets to make on NBA basketball are points spreads, moneylines, and over/unders.

Spreads account for the supposed differences between the team’s inability and spots the disadvantaged team a certain amount of points, making it easier for them to win, or as it is called, “cover” the bet. Underdogs can be determined by the “+” sign in front of their spread total, while the favorites will be denoted by a “-” sign.

For example, if the Indiana Pacers are +5.5 on the road against the -5.5 Washington Wizards, this means that the oddsmakers expect the Wizards to win by 5.5 points; in order for the Pacers to cover the bet, they would need to lose by less than 5.5 points or win the game outright, while Washington must win by more than 5.5 points to cover the spread and win the money that was wagered.

Moneylines operate with the same system of notation, though they are a straight like-for-like pick on who will win the game— neither team gets an advantage, which means that the favorites’ value is lessened and the underdogs have the opportunity to produce a bigger payout.

Over/unders include a hypothesized combination in total points, and bettors guess whether the game will exceed or miss this amount. If an over/under has been set at 221.5 points, and the final score ends up as 103-101, then the game went under.

Gamblers can also find bets on various halftime lines or alternate spreads, where they can guess exactly what they think the margin of victory will be.

Prop bets are also extremely popular in basketball because of their widespread availability; bettors can guess whether players will go over or under certain amounts of points, rebounds, and/or assists, three-pointers, if they will record a double-double or a triple-double, who will make the game’s first shot, and many more.

Live betting is also available during games, and futures allow people to place wagers on who they think will win certain awards, like the NBA Finals Trophy, MVP, Defensive Player of the Year, etc.

Things to Watch For When Betting On the NBA

Above all, look at which team is the better of the two; after that, look at how they have been playing lately and see if the two line up.

Injuries are also important to consider when determining who to bet on, as well as who their replacements in the rotation should be. If a player has recently been brought in, see how they were doing with their previous team and project their role on the new team and go from there. Dont forget to check out the latest NBA news on the official channel for extra information on the NBA.

Previous matchups between the teams can also be indicative of the upcoming result— fixtures that involve the same key players are the most telling and is why the season’s series is given the most credence, though research can extend to years past if the teams’ cores have been intact that long.

Another factor that can play a major role in projecting the winner is the game’s location: is it home or away, and how does each team perform at these locations?

Although this is not the best measure for success over an entire season, find out if there is some sort of motivational factor at play for a particular game or series, whether it be bad blood between teams, a player returning to face his old franchise, a previous result that was considered unjust, or anything else that could cause a team or player to “rise and shine.”

Finally, consider the trends and style of each team; if Team A is 50-28 and is great across the board but gives up the most threes per game, and they are playing a 39-39 Team B that is the best in the league at three-point shooting, the records become less important because of Team A’s susceptibility to the very thing that the underdog, Team B, is good at.

The postseason has been known as the real draw in basketball because of the heightened tension, tenacious defense, and memorable moments. The most-watched NBA game ever was Game Six in the 1998 NBA Finals between the Chicago Bulls and Utah Jazz and maintained an average of 35.89 million viewers. The game ended with Michael Jordan sinking a jumper from outside the left elbow after he dropped the defending Byron Russell and held the pose, signifying his last great moment as a Chicago Bull and the franchise’s last of six championship victories.

The NBA Playoffs are broken into two halves of a bracket, separated by conference, that culminates in a matchup between a representative from each half. Every series is a best-of-seven format in which teams alternate home-court advantage on a 2-2-1-1-1 schedule, with their higher-seeded team getting to host Game One and Game Seven.  Why not take a look at the official BParlay NBA Picks and Parlays guide for some more insights into NBA betting.

Eight teams from each conference make it into the playoffs; the NBA experimented in 2021 with a play-in tournament that granted the opportunity to the ninth and tenth-seeds to earn their way into the bracket over the seventh and eighth-seeds, though that was a one-off.

Including the championship series, there are four rounds in the playoffs: the First Round, the Conference Semifinals, the Conference Finals, and the NBA Finals. The playoffs are over when there is only one team standing, who is declared NBA Champions and receives the Larry O’ Brien Championship Trophy.

Yes, betting on NBA basketball games and futures is totally legal within states that have legalized sports gambling, regardless of if you are a resident of that state or not. Bets are not limited to any particular team or player. Our Ultimate NBA Betting Guide has been provided to keep our readers aware of all legal elements of this type of betting.

Where Can I Gamble on the NBA?

Bets may be received at casinos, online, or via a mobile app, the last two of which can be found with a quick Google search. Again, you must be in a state that has legalized sports gambling to participate.

Who Can Bet on NBA Games?

While the exact rules depend on the state that you are in, it is generally understood that you must be at least 21-years old to participate in sports gambling. Some states also have certain exemptions and restrictions that can come into play, and some require you to register in person before you can gamble online.

Can I Place Prop Bets on NBA Games?

Yes, while prop bets are sometimes restricted in college sports, they are widely available in NBA basketball betting.

How Do I Identify a Good Bet?

First and foremost, figure out who you think is the most likely to win the game, regardless of a spread or any other factor. From there, see if there are any team or player performances available by a sportsbook that offer higher value than others that are still within the realm of possibility. If you are confident in multiple bets, you may combine them into a parlay or a type of multi-wager that requires all of your bets to be correct to earn a payout, which will be significantly higher than if you had just won your bets individually. We hope you have found our Ultimate NBA Betting guide useful and insightful.