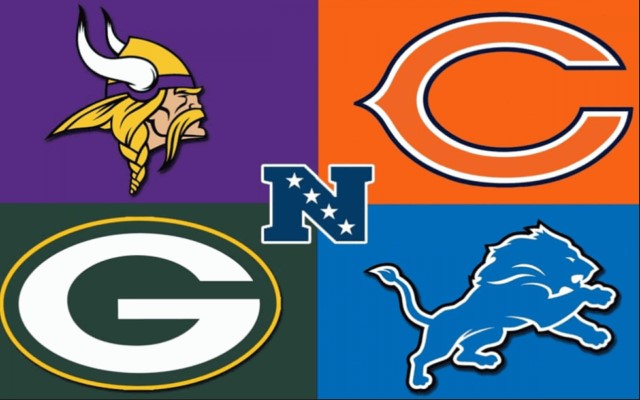 But, what should you keep in mind in terms of NFC North win totals? Well, that’s what this page is all about!

Would we have spent more time analyzing the Lions trade that sent Matthew Stafford to Los Angeles in exchange for Jared Goff? There is surely more to be said about the coming change at quarterback in Chicago, and the very good draft for the Bears that netted them Ohio State’s Justin Fields.

It seems appropriate to talk about Justin Jefferson, and if his incredible rookie season will eventually lead him to be considered among the greatest Vikings wide receivers of all time, with names like Randy Moss and Cris Carter.

The biggest star of the division, however, is the reigning NFL MVP Aaron Rodgers. And when the MVP wants a trade, or worse, threatens to just retire, it sucks up the oxygen in the room. Or in the whole of the NFL world.

It was a strange way to spend the last several months when talking about Green Bay. Instead of celebrating Rodgers’ individual accomplishment, or the Packers getting back to consecutive championship games, we were talking about the dirty laundry of a front office out-of-touch with its superstar.

Maybe it’s been squashed for now. Perhaps all sides really are putting aside their differences to make one more run at a championship. But there is no question that as the team prepares for 2021, there is a little residual gloom regarding the fight that is sure to come when this season ends.

We’ll worry about the 2022 offseason when it gets here. For now the focus is on the 2021 Packers and just how good they might be.

The answer is that they can be every bit as good as they were a year ago. Rodgers is older, but far from showing it. There is no reason to think that with Davante Adams, Aaron Jones, Allen Lazard, Marquez Valdes-Scantling, Robert Tonyan, and now the return of Randall Cobb, this offense won’t be great.

The offensive line lost some of its top juice, but it is still plenty good and should be one of the league’s best. The defensive front leaves a little to be desired, but the cornerbacks in Green Bay are still a strength. This team is built to not just make the playoffs, but push for an NFC Championship.

It’s a favorable schedule for Green Bay. At San Francisco and home against Pittsburgh are the two toughest of the first five games, which features gimmes against the Lions and Bengals. November is a challenging month, with trips to Kansas City and Minnesota and home games with the Seahawks and Rams. But the year ends kindly.

The Packers open December against the Bears, and then finish the year at home against the Vikings and on the road to Detroit.

The Packers will win 11 or 12 games and easily win the division.

In 2020 the Vikings were the 11th highest-scoring offense in the NFL and ranked fourth overall in yards gained. Kirk Cousins, Dalvin Cook, Justin Jefferson, and Adam Thielen were definitely not the problem.

The Vikings defense, however, was 29th in points allowed and ranked 27th in yards given up. There was one legitimately good week when they gave up just 149 total yards to the Bears and held them to 13 points. But every other week was bad, and this unit cost its team dearly.

The good news in Minnesota is that the defense will be improved. It has to be, after being the focal point for all of the offseason. Six new defensive faces were signed in free agency, Danielle Hunter should be a healthy pass rusher again, Anthony Barr is back, and so is Eric Kendricks.

We know about the skill players in Minnesota, and they will be great again. And it appears, at least on the surface, that the offensive line is improved. First-round pick Christian Darrisaw is expected to handle left tackle duties. And those duties are important, for as good as Cousins is when throwing the ball without heavy pressure, he’s not so good when facing it.

The January 2 game at Green Bay will be huge. If the Vikings can still be within shouting distance of the Packers, all eyes will be on Lambeau that day. There are other tough road trips – at the 49ers, Chargers, and Ravens. There are also four road games in five weeks, beginning in November. Still, getting up to nine wins and sneaking in as a wild card is a strong possibility. Check out the BParlay.com NFL Picks of the week to learn more about improving your chances of winning.

Finally, head coach Matt Nagy has his quarterback. Maybe. Probably. Who knows? How does this help our NFC North win totals?

Allegedly the QB1 in Chicago is still Andy Dalton, even with the arrival of Justin Fields. But the feelings in Chicago are strong about the future of Nagy as head coach and the future of Fields as the quarterback to get Chicago back to respectability. The switch will come sooner rather than later.

Returning to respectability is all relative. This team did make the playoffs in 2020, albeit as an 8-8 team that put its opponents and fans asleep. Ironically the majority of the wins, and the only reason Chicago made the postseason, happened under the quarterbacking of Mitchell Trubisky. Nick Foles ended up being anything but the answer for the Bears.

Running back David Montgomery is good, wide receiver Allen Robinson is great, and Darnell Mooney provides top speed on the outside. But this is a team that will be led by its defense.

Khalil Mack isn’t dominant like he was, but he’s still a headache for offensive tackles. Roquan Smith is an impact player at linebacker and Eddie Jackson at safety never plays below a Pro Bowl level.

In terms of wins and losses, it’s all about the quarterback and how quickly Fields takes over. If all goes well, this team could win eight or nine games. If it goes really poorly, it could be a five-win season. Trips to Cleveland and Tampa Bay could be ugly. But if the Bears could win eight games with Foles and Trubisky, they can do it again with Dalton and Fields.

You couldn’t find more opposite personalities than 2020 Lions head coach Matt Patricia, and 2021 head coach Dan Campbell. Patricia was quiet, even secretive, about his team. Campbell wants to shout at the moon and maybe bite off your kneecaps.

Campbell definitely brings a jolt of energy to a franchise that has to wonder sometimes why it exists. Not to be too hard on the team that gave us Barry Sanders, Doak Walker, and Thanksgiving Day football, but they have been awful, on the field, in ownership, and on the sideline, for decades.

If the losing continues, Campbell’s fire may become tiring. But at least for right now he brings a new attitude, as does new general manager Brad Holmes, and the newest Ford to act as team owner, Sheila Ford Hamp.

This is a rebuild, most definitely. No one thinks Jared Goff is an upgrade over Matthew Stafford. It’s the two first-round draft picks that came with Goff that was the real prize. Also gone is top wide receiver Kenny Golladay, leaving the cupboard for Goff rather bare.

This team will take its lumps in 2021, especially the first three weeks – 49ers, at Green Bay, vs. the Ravens. Detroit also has to end the year against Green Bay, although maybe the Packers will be resting players by then. The Lions, on the other hand, will be playing for the No. 1 overall draft pick.

Moving on with our NFC North win totals, let’s wrap the story up! The band got back together in Wisconsin for one more run at glory and the oddsmakers like their chances. The Packers are paying -120 to win the North, +800 to win the NFC, and +1400 to win one more Super Bowl with Aaron Rodgers.

Minnesota is +200 to win the NFC North, +1400 to capture the NFC, and +2800 to win a Super Bowl. The last of Minnesota’s four Super Bowl losses came in Southern California, which is, of course, the site of Super Bowl LVI.