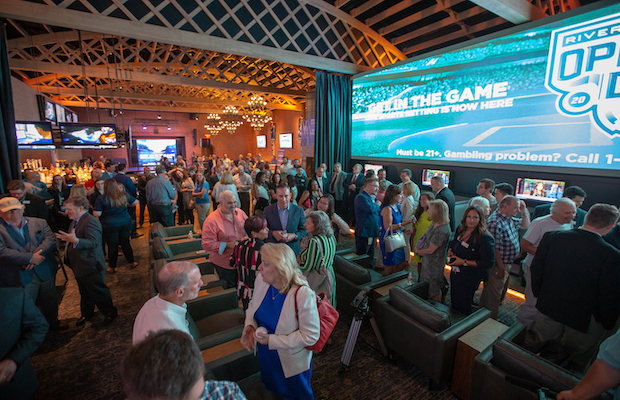 New York sports betting recently launched, and the state’s market will soon be out of control in a good way. The combination of population, sports teams, and hungry operators make the New York market one of the best in the nation.

One of the favorite bets thus far has been parlays in the state. Parlays are great because you can take a small risk and turn it into a huge win if you are correct. However, all bets must hit for the parlay to be successful.

No matter what the winning percentage is in New York, operators and the state will still make a lot of money. The Empire State has dominated the headlines in the legal sports world thus far, and I do not believe this will end anytime soon.

A lot is happening throughout the country, but it has all been overshadowed by New York sports betting. The industry has exploded within the first week with over one billion new legal sports betting accounts since launching less than two weeks ago.

There are currently five mobile sportsbooks available in New York. Four launched on opening day, but BetMGM was late to the party. The book went live on Monday, just in time for the primetime Wild Card Game.

The book did well because of the lone primetime playoff game promotions. This was a tactic by the NFL, and the sportsbooks really capitalized, especially on the West Coast. BetMGM’s beginning promotion was a risk-free bet up to $1,000, and many high rollers used all of this deal for Monday’s game. The BParlay team have added a great How to place a bet at BetMGM guide for our readers and subscribers to enjoy.

This was in line with what DraftKings and FanDuel did for their players. However, all three books pale in comparison to Caesars’ Sportsbook. Caesars made national news by offering a risk-free bet up to $5,000 following its rebrand after buying William Hill.

This promotion was here to stay for an extended period. It since has been changed by the company to a deposit match nationally.  But in New York, the company offered a risk-free bet of up to $3,300.

Outside financial advisors have viewed this promotion, and it’s believed the generous deals will end. New York’s tax rate is 51 percent because it’s believed to be a privilege to operate in the state. This rate hurts bettors because sportsbooks cannot give bettors the same bonuses as other states. Why not learn something new about sport betting with the BParlay help guides.  Have you ever wondered What is Double Double in Basketball? Or how many teams are in the NFL?  All of our guides are professionally compiled to educate and help our readers understand more about the sports and the betting options available.

The New York sports betting market seems established even though it’s less than two weeks old. However, there is a lot more to come regarding the New York market. Four more operators need to launch, including Bally Bet, PointsBet, Resorts World, and WynnBET.

The goal for the platform is to launch by the end of January, which is realistic based on their implementation plan. This could also be a similar launch period for Resorts World, which is an unknown book.

The New York State Gaming Commission has been keeping bettors updated through its website. They have been doing this in advance, so the commission could announce PointsBet’s launch very soon. New Jersey is in trouble based on the early numbers from New York.