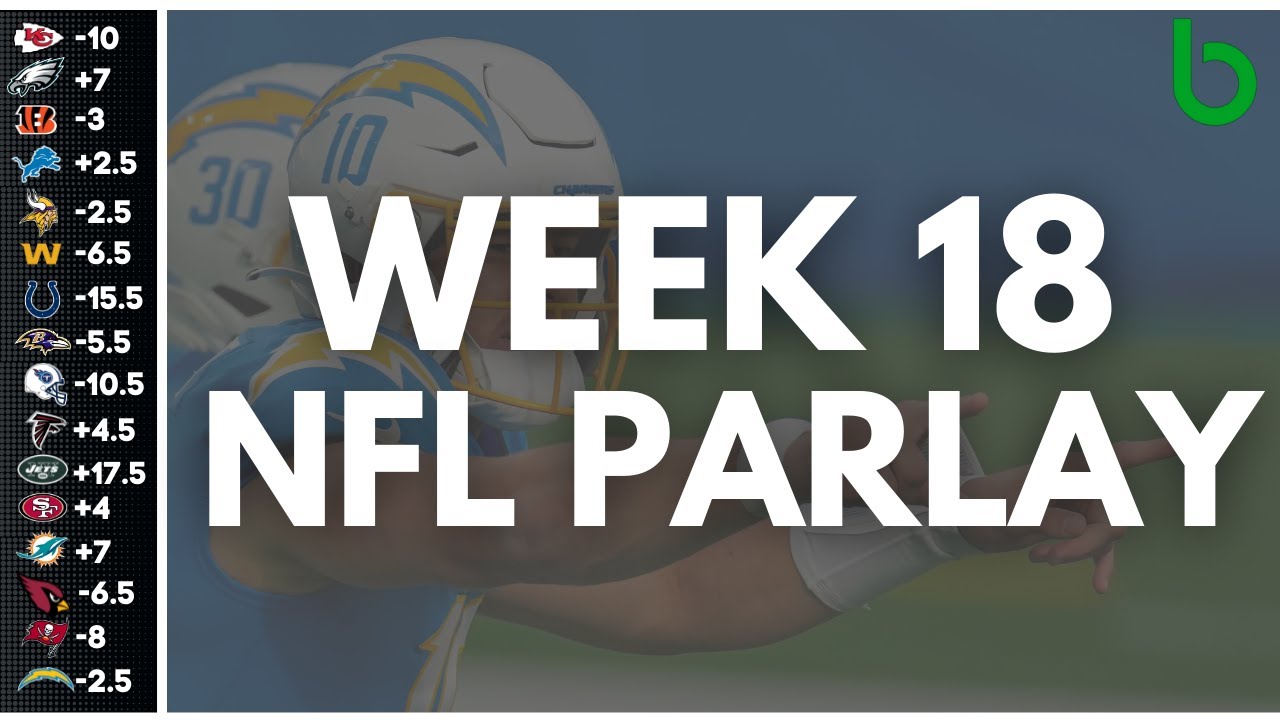 The NFL football season is coming to an end, but we still have 16 games remaining in the regular season. The team at bparlay is going to bet every game, but on our website, we like hammering parlays. Check out the BParlay.com Week 18 NFL Parlay News

Parlays give us a chance at a substantial payout without risking much money. This week is somewhat tough because there are teams that are not playing for anything. This affects the starters and how mentally prepared a team is to compete.

For example, The Green Bay Packers are only -2.5 against the Lions. Their only goal in this game will be to get through it without any injuries since they already secured the one seed.

Here are three games that I really like for the final regular-season parlay. Let’s make it happen.

The Bengals secured a playoff spot last week with a win over the Kansas City Chiefs. This win also secured the AFC North title. If Cincinnati stays high and maintains their momentum from the past few weeks, they will cruise to victory.

The Cleveland Browns are coming off a loss against The Pittsburgh Steelers. This was Ben Roethlisberger’s final game at Heinz Field, so the emotion was running high. However, the Browns had a tremendous opportunity to go send out a legend on his back, and they did not play with any emotion.

The Browns’ only offense is running the ball with Nick Chubb, and they abandoned this quickly last week. Baker Mayfield is guaranteed to throw some interceptions, so do not count on the Browns to do much against the Bengals. Why not take a look at the BParlay.com Week 18 NFL Picks which are now live.

Cleveland will be unable to neutralize Joe Burrow and Ja’Marr Chase if they can replicate their recent performances. If Cincinnati were playing for something, this line would be -6.5. I love this bet at -3.

The LA Chargers and Raiders game will be the best of the weekend. This NFL game is an early playoff matchup because the winner will play in the Wild Card, and the loser will be sent home. The Chargers have been very inconsistent this year, but so have the Raiders.

When it comes down to this game, I need to pick the better team. The better team is the Chargers with Justin Herbert. If Herbert protects the football, Los Angeles will control the game.

They cannot let the Raiders stick around, or Las Vegas will compete. The Colts did this last week, and it’s the reason they were unable to clinch a playoff spot in the AFC.

Herbert has not been phenomenal this season, but he is one of the best quarterbacks in the NFL when he shows up. My bet is that he will come to play with the season on the line.

The Matt Nagy era in Chicago is about to come to an end, but he will have one last shot to go out on top. The only problem is the Bears are not a good NFL football team. They do stupid things frequently, and Justin Fields is not ready for the spotlight.

The Minnesota Vikings lost to the Packers last week, but do not read into this heavily. The Vikings were missing many players due to COVID-19, including Kirk Cousins. Minnesota has won games by scoring points in 2021, and Cousins is the leader of the ship.

If Cousins returns this week, it’s an easy decision to take the Vikings. If he is not back, I will alter the parlay and go with a different team.  Learn more about NFL betting with the BParlay.com NFL Parlay betting guide resources.

Both head coaches are trying to keep their jobs, so I expect this to be a competitive matchup. The combined odds for the parlay are +595. A $100 wager would payout $695. We hope you have learnt more about the Week 18 NFL Parlay options!