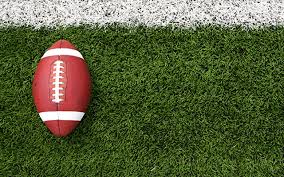 We survived week 12 after a ton of upsets. This is a testament to our consistent winning at bparlay. Let’s get it going again in Week 13 NFL Picks.

As bad as Dallas has been lately, I am still riding with the Cowboys. I thought the Saints had a good defense?

The Dolphins at -3 is a steal after blowing out Carolina. New York will not steal two victories in a row.

The Indianapolis Colts need to run the football. If they do this, they will win on Sunday.

The Lions have been tremendous against the spread. However, Minnesota is so much better than their record shows.

The Eagles stalled on offense last week. This brought their week 13 spread down to reality.

The Cardinals can win with any quarterback under center. Even at -8, I still like Arizona over Chicago. If that’s not enough for you, why not learn more about how NBA Parlay picks work with our free resources and advice.

The Chargers have hurt bettors so much this year, and the Bengals have found their stride. Cincinnati embarrassed Pittsburgh last week.

The Tampa Bay Buccaneers played terrific last week against a good Colts team. They will roll the Falcons on Sunday.

The Rams have lost three straight, but they should get back on track. I do not trust the Jaguars to cover.

The Raiders fall off the map this week. If Washington can keep the score down, they will win.

The Ravens have been horrendous as of late. I like the Steelers to get back on track, especially with the added protection of +3.5.

The 49ers rushed for 200 yards again last week. Seattle has been nonexistent, but I think they make things close at home. Seattle won 28-21 in the first meeting.

The Broncos are coming off a win over the Chargers where they controlled the line of scrimmage. Kansas City is coming off four wins and a bye.

The Patriots have been exceptional lately. This will continue on Monday Night Football in Orchard Park as underdogs.

Best of luck with your Week 13 NFL Picks!