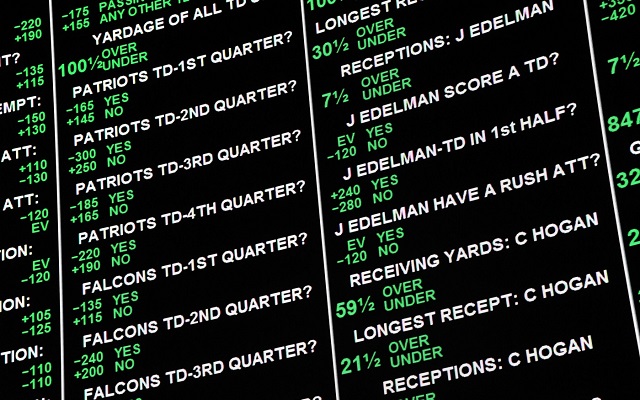 The Illinois Sports Betting handle sets a new record in 2022. With in-person registration now a thing of the past, bettors throughout the state of Illinois have taken advantage of the change. Bettors still need to go to retail sportsbooks to place wagers on in-state collegiate programs.

March was a Record Month for Illinois sports betting

Sportsbook operators in the Prairie State combined to accept $971.3 million in bets for March, according to the Illinois Gaming Board. The previous high was set back in January when bookmakers brought in a total of $867.5 million.

Illinois’ March monthly handle was just behind other states, including Nevada, New Jersey, and New York. The total handle increased by 43 percent compared to February’s total of $679.4 million. Compared to March 2021, March 2022’s figures represented an increase of 53.3% over $633.3 million.

The completed events total brought in approximately $954 million. Still, the results favored the house for the month as the tides have turned. Sportsbooks generated $79.4 million in gross revenue, which represented a hold of 8.2 percent.

The previous gross revenue record was set back in November 2021 when bookmakers brought in $78.2 million. The state was able to collect $9.8 million in revenue for the month.

Basketball Took Over March in Illinois

Basketball wasn’t expected to be the most successful sport in the Prairie State. The March Madness Tournament accounted for $350.8 million in bets, while the Illinois Gaming Board reported $286.2 in wagers for last month. Learn more about the latest NBA Parlay picks with the BParlay.com guides.

Basketball made up $554.3 million or 57.1 percent of the overall handle. The March Madness handle was higher by 61.9 percent compared to the 2021 figures reported from five of the six sportsbooks in the state.

Looking at the Sportsbook Operators Market Share and Other Info

Mobile sports betting accounted for $927.5 million, or 95.5 percent of the overall handle. FanDuel was also the first sportsbook operator to surpass a monthly handle of $300 million. The most popular sportsbook in the country secured the number one spot in the Prairie State with a handle of $310.7 million in mobile wagers.

The market leader also had a hold percentage of 8.7 percent. The operator also brought in $27 million in revenue.

DraftKings was the next in line with a mobile handle of $284.2 million. The online platform held 4.9 percent while accumulating $13.9 million in revenue. BetRivers was the only other operator that surpassed the nine-figure territory by bringing in $105.9 million.

PointsBet also set its own record in the state by bringing in $77 million, while Barstool’s $66.8 million was second only to its $68.7 million in bets accepted last October. BetMGM entered the market when the in-person registration rule was terminated.

The Illinois sports betting market is considered to be a high barrier to entry, which means that it’s difficult to get a license in the state. However, Illinois has had a hard time finding suitable sportsbooks for its three online sportsbook licenses, which would cost $20 million.