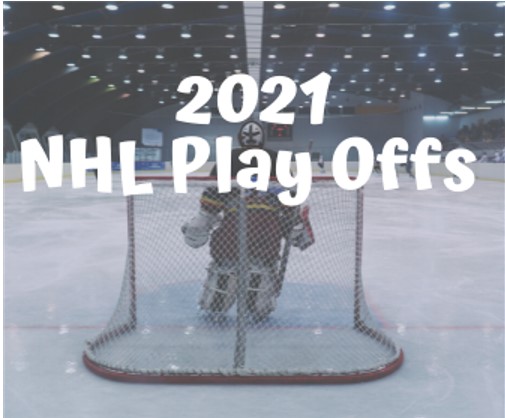 Only one playoff spot remains up for grabs – the fourth spot in the North Division. While the matchups can still change over the next week or so, there are still several teams you can bank on to win their first-round matchup regardless of opponent.

Here are three teams you should consider in a parlay bet of first-round winners.

The second seed in the North Division, Edmonton, will face either the Winnipeg Jets or Montreal Canadiens in the first round. Winnipeg is the likeliest option, and the Oilers have a 7-2-0 record against the Jets this season.

However, should Montreal get ahead of Winnipeg and secure the No. 3 seed, they may still be without goaltender Carey Price, defenseman Shea Weber, and forward Phillip Danault. Jonathan Drouin is on an extended leave of absence from the team as well for personal reasons.

The big reason for taking Edmonton is the best player on the planet right now in Connor McDavid, who is in the middle of a historically good season. McDavid has tallied 100 points (32 goals, 68 assists) in just 53 games. No NHLer has scored 100 points in fewer than 56 games since Jaromír Jágr, and Mario Lemieux accomplished the feat for the 1995-96 Pittsburgh Penguins. Only nine players in NHL history have hit 100 points in 53 games.

Just how far ahead is McDavid from the rest of the league? He’s 21 points clear of teammate Leon Draisaitl, who ranks second in the league with 79 points. Mitch Marner of the Toronto Maple Leafs and Brad Marchand of the Boston Bruins are tied for third with 67 points. McDavid has more assists than either of them have points.

Trust McDavid and Co. to advance to the second round.

Carolina has been one of the top teams in the league throughout the season. While they’ve dealt with injuries throughout their forwards, defense, and goaltending at various points throughout the year, their incredible depth has kept the Hurricanes on top of the Central Division, where they’ve already clinched the top seed.

The Hurricanes are locked into a first-round series with the Nashville Predators, who will play in the regular-season finale Monday night. Carolina has a 6-1-0 record against Nashville this season, only losing Saturday while resting a few key players ahead of the playoffs. Even after that loss, the Hurricanes have outscored the Predators 24-12 head-to-head this year.

You can feel comfortable locking in Carolina in your first-round betting parlay.

Another team whose opponent isn’t yet determined, the Avalanche, is the odds-on favorite to win the Stanley Cup at +450. Colorado has an outside chance at the top spot in the West Division but will need a pair of Vegas losses for that to happen. The Avalanche visit the Golden Knights Monday, controlling their own destiny in that regard.

However, the likeliest option is Colorado will match up with the Minnesota Wild in the first round. The Avalanche are 5-2-1 this season against Minnesota, and despite losing their final regular-season matchup 8-3, Colorado has outscored the Wild 31-25 in their meetings this season.

As the league leader in goals per game (3.47) and a top-five team in goals against (2.45), Colorado should advance against any first-round opponent, especially with Bowen Byram, Samuel Girard, Brandon Saad, and Matt Calvert returning for the playoffs to add significant roster depth.

Count on Colorado to take care of business in the first round, completing this three-team parlay with Edmonton and Carolina.

Find NHL Picks and strategies on our NHL Page

Follow our Podcasts on the Official BParlay.com Podcast here