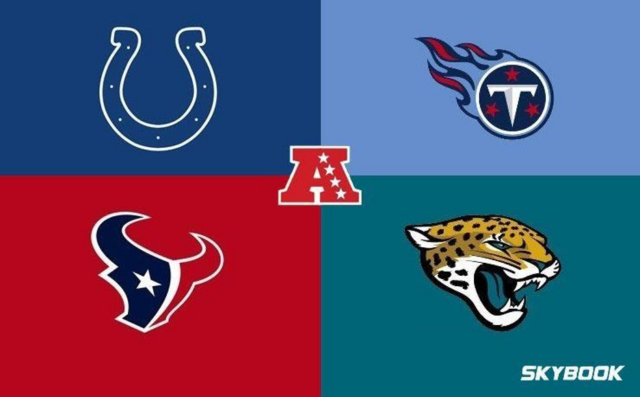 The 2020 season for the AFC South featured two really good teams battling for the division title and two really bad teams wallowing among the league’s doormats.

In 2021 we can expect more of the same. This is a two-horse race between the Colts and Titans and their two very important new additions, Carson Wentz and Julio Jones. At the bottom, we will have the Jags and Texans. Although at least Jacksonville will be fun to watch with new quarterback Trevor Lawrence. Houston is a team adrift that may win next year’s top draft pick.

The status of Texans quarterback Deshaun Watson remains a mystery. So far, the NFL has taken no action regarding the 22 separate lawsuits he faces that allege sexual assault. But they might at any time, as the league is still conducting its own investigation.

Even if Watson remains eligible to play, where will that be? No one wants to be traded more than him. It seems that everyone wants out of Houston, even the face of the franchise who just one year ago signed a big extension.

But the 2017 Wentz, who looked like an MVP before tearing his ACL, is still there somewhere. The world crumbled around him in Philadelphia, and anyone would have seen their play regress. If Frank Reich can unlock the Wentz that made him one of the rising stars of the NFL, this Colts team can be very good.

The defense ranks in the top 10. Jonathan Taylor was as good a rookie running back as we’ve seen in years. This is a good offensive line, a terrific coaching staff, and general manager Chris Ballard is recognized as one of the best in football.

This team won 11 games last season with Philip Rivers. But Wentz is now the fourth starting quarterback in four years, and getting back to 11 wins will be hard.

The NFC West is the out-of-conference opponent this year, and that is difficult. Indianapolis begins the season against Seattle and the L.A. Rams, both challenging games. Then it’s three straight road games against AFC playoff contenders – Tennessee, Miami, and Baltimore. The Texans are next (win), but then it’s at the 49ers and home against Tennessee. Two more really tough games. There are also games against the Buccaneers and Patriots on the schedule.

Even with the extra game on the schedule, getting back to 11 wins, or even 10, is going to be a tall order.

The Titans are an interesting study in contrasts. They have a very good quarterback in Ryan Tannehill, and the NFL is unapologetically a quarterback’s league. But the two offensive players that we will focus on all season are all-everything running back Derrick Henry and future Hall of Fame wide receiver Julio Jones.

Henry has been the best running back in football the last two years, and there is no reason to think he won’t make it a third straight. He might not reach 2,000 yards again – no one in NFL history has run for 2,000 yards more than once – but Henry is the odds on favorite to lead the league in rushing.

That takes us to perhaps the most significant addition of the offseason for any team, wide receiver Julio Jones. He turned 32 in February and only played in nine games last year. But in the previous six years, he was a Pro Bowler, and his worst year among those six was 99-1394-6. That was his worst production since 2013.

Corey Davis and Jonnu Smith are gone from last year’s fourth highest-scoring offense. However, a healthy Julio Jones more than makes up for them.

Go ahead and count four wins from Tennessee’s games with the Jags and Texans. A split with the Colts, wins over the Jets and Saints, at least two wins against the NFC, and two wins to come from a quartet of games against the Steelers, Chiefs, Bills, and Patriots, and the Titans get to 11 wins. The BParlay team highly recommend reading more information on NFL Money Lines as an alternative betting strategy.

Jacksonville hasn’t had a franchise quarterback since the days of Mark Brunell. That all changed at the draft when the top college prospect for the last three years finally landed in the NFL and with the Jaguars.

This season is all about Trevor Lawrence. The wins and losses don’t really matter. If he shows progress from September to December, the 2021 season will be a success. And if he’s still leading the team in 2022, 2023, and beyond, the pick will be a success.

In one of the crazier stats in football, in the 26-year history of the Jaguars, they have never had a quarterback start more than 20 games and have a higher passer rating than the 85.8 posted by David Garrard. This simply isn’t a franchise used to high caliber quarterback play. Lawrence will change that.

Will he, however, significantly change the number of wins on the field? Lawrence and the Jags are almost certain to win more than the one game they managed in 2020. They play the Texans twice, the Broncos, Bengals, and Falcons, and a late-December game at the Jets. There are definitely three or four victories in that collection of winnable games.

But the rest of the schedule will feature a big talent deficiency between the Jaguars and their opponents, and working their way to five or six wins for the season is going to be a tall order.

Remember when the Texans won four division titles in five years (2015-2019) and were about to throttle the AFC’s top-seeded (and eventual Super Bowl winning) Kansas City Chiefs in the playoffs?

Then remember when they gave up six consecutive touchdowns in that playoff game and went from a 24-0 second-quarter lead to a 51-31 humiliating loss?

The Texans have been a broken team since that moment. Just a few weeks later, they traded away DeAndre Hopkins and then replaced him with an overpriced contract to Randall Cobb (now back in Green Bay).

After being so close to the AFC Championship Game the following season, the Texans managed just four wins. As franchise stallworth J.J. Watt left the field for the final time as a Texan, he apologized to Deshaun Watson for wasting another season of his prime.

Wanting to waste no more seasons, Watson asked to be traded. When Cobb was traded back to the Packers, he summed up the state of the Texans franchise like this: “I can breathe again. I’ve seen the other side. Green Bay is like a Fortune 500 company, and Houston is like a start-up.”

Other than Watson, who has probably played his last down as a Texan, the quarterback room has Tyrod Taylor, Ryan Finley, and rookie Davis Mills. Even those guys might be able to do okay to begin the season, as they host Trevor Lawrence’s first career start in Week 1.

After that, however, there are a lot of losses. Trips to Cleveland, Buffalo, Miami, San Francisco, and Arizona all look like losses. In fact, other than games against the Panthers and Jets, it’s hard to imagine the Texans being favorites in any other week this season.

The AFC South has teams for all seasons. The Colts and Titans are very much in the present, setting their sights on a postseason run in 2021. The Jaguars are all about the future, with sunnier days ahead and playoff possibilities in 2023 and beyond. And then there are the Texans, a team that’s best days are behind them. When this owner and this front office can make them good again is anyone’s guess.

The Colts settled for a wildcard berth last year and are paying +115 to win the division in 2021. You can get a +1400 payout on an AFC Championship in Indianapolis and +2200 if the Colts win their first Super Bowl in 15 years.

A repeat division title for the Titans also pays +115. They actually trailed the Colts initially but tied them as co-favorites when Julio Jones came to town. AFC Championship odds are +1400, and a Super Bowl in Nashville pays +2500.

Jaguars fans are buying tickets like never before, and the excitement in Jacksonville is real. But it’s not going to happen this year. A division championship would pay +700, a win at the AFC Championship Game would pay +5000, and if Trevor Lawrence wins the Super Bowl as a rookie, he will net lucky bettors +8300.