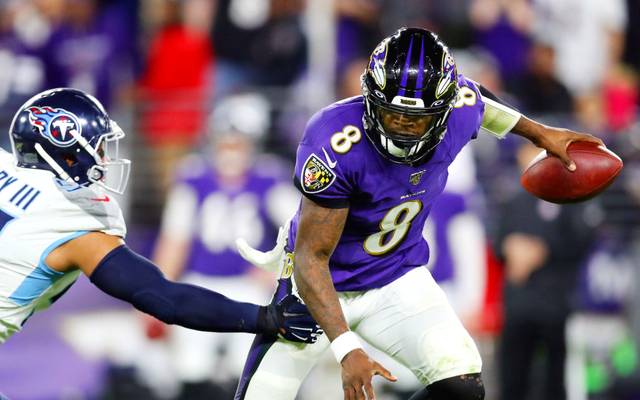 It was a strange season for everyone in 2020, but even more so for the AFC North. It was also the best division in football, as it was the only division to send three teams to the playoffs. And even the fourth team, the Bengals, have reason to be optimistic about the future.

It started off with Pittsburgh’s march toward possible immortality and an undefeated season, as they started 11-0. Along the way, the Steelers and Ravens played a game on a Wednesday and without Lamar Jackson.

Earlier, that Ravens team laid waste to the Browns, 38-6, and looked like a true Super Bowl contender.

The year ended with the Steelers barely hanging onto the division after losing four of their last five games, while both the Ravens and Browns won first-round playoff games – the first for Jackson in his career and the first for the Browns in the lifetime of everyone under the age of 27.

It’s hard to predict exactly where things will head in 2021. Has Baker Mayfield turned the corner? Are Nick Chubb and Kareem Hunt good enough to take Cleveland to its second-straight playoff appearance – the first time for that since the 1980s?

Lamar Jackson has been to three straight postseasons. Is he ready to take that next step and go on a deep playoff run?

And what should we expect out of the Steelers and Ben Roethlisberger? He’s going to the Hall of Fame, but definitely not because of how he plays today. And if the Steelers play like they did last December, they won’t get close to another playoffs.

It was essentially three different seasons for the Ravens last year, and two of them were good. They went 5-1 to begin the year and looked like the world-beaters most had predicted them to be.

Then COVID became an issue, Lamar Jackson got sick, and the Ravens lost four of five games. Missing the playoffs became a very real possibility.

Then everyone came back, Baltimore righted its ship, and a five-game winning streak closed the regular season and took them to the playoffs with an 11-5 record. Then Jackson got his first playoff win before losing to Buffalo in the divisional round.

If the 2021 version of the Ravens can avoid a similar misseason drop, this team should be in the hunt for the top seed in the AFC. The wide receiver group, with the addition of free agent Sammy Watkins and rookie draft pick Rashod Bateman, is better. And even with Matt Judon moving teams, this defense is still great.

It will be a tough battle for AFC North supremacy, but in the end, the Ravens should be the team emerging on top. And thanks to the 17 game schedule, they will break 11 wins.

Why not take a look at the BParlay.com NFL Free Pick guide for some betting inspiration.

It was just two years ago that the Browns hired Freddie Kitchens as their head coach, endured yet another very typical Cleveland Browns season, and then had to fire him. It was obvious this franchise was never going to get it right, not with a head coach hire and not with a drafted quarterback.

Then 2020 happened, and all that we thought we knew changed. There is no question that Kevin Stefanski is a good hire. And maybe, just maybe, Baker Mayfield is worth being the top pick in the draft.

Maybe, just maybe, these Browns can make it to a Super Bowl.

After the egg they laid in Week 1 last year, no one thought that a trip to the divisional round was in their future. But Mayfield played his best season, the defense became a true strength of the team, and Stefanski proved himself to be a rising star as a head coach. And what more can be said about Nick Chubb and Kareem Hunt and the headaches they give other defenses?

The Browns schedule isn’t nearly as favorable as Baltimore’s. They too play the Chiefs, Chargers, and Packers, but all three of those are road trips, including a Week 1 playoff rematch in Kansas City. The trip to Green Bay is a Christmas Day game.

The Bears, Texans, Broncos, and Lions all make for easily winnable games, but just like with the Ravens, some lumps will be taken inside the division. Cleveland falls short of winning the AFC North, but they make it double-digit wins and another playoff appearance.

The Steelers have completely overhauled an aging offensive line. Their stable of running backs, which was one of the worst in football last year, now features rookie Najee Harris out of Alabama. The fear of losing JuJu Smith-Schuster was put to rest when re-signed with Pittsburgh for less money.

Father Time is undefeated, and he appeared to be claiming yet another victim. Roethlisberger threw interceptions in five of his last six games, and he managed just 170 yards in an embarrassing loss to the Bengals and quarterback Ryan Finley.

To be fair to Ben, he was coming off major elbow surgery, and it’s possible he simply wore his arm out. Another year removed from surgery might fix what ailed him at the end of 2020. And it better, if Pittsburgh has any chance of returning to the playoffs. If Ben looks remotely like he did to finish the season, 2021 is a lost year in Pittsburgh, and there is no one in the wings waiting to take over.

Pittsburgh also goes to Kansas City and Green Bay, plus a trip to Buffalo to begin the season. It’s a tough schedule for good teams, and at this point, Pittsburgh is merely average and maybe a little below. An 8-9 finish feels like a real possibility.

It was just over ten years ago that the Bengals began one of the top playoff streaks in football. They made six postseasons in seven years and were one of the most consistent teams in football. We’ll not focus on the 0-6 postseason record during that stretch because right now, after three straight last-place finishes, any trip to the playoffs would be welcomed.

Bengals fans, it won’t be this year. But Joe Burrow doesn’t appear to have any obvious ill-effects from the knee injury he suffered last season, and all systems are go for a full year out of the now second-year quarterback. He flashed more than enough as a rookie to show that Cincinnati made the right choice in turning the franchise over to him.

The jury is still out, however, on head coach Zac Taylor. In a division with two of the best active head coaches in football, Mike Tomlin and John Harbaugh, and the reigning NFL Coach of the Year, Kevin Stefanski, Taylor needs to show improvement in wins and losses.

The defense is good, La’Marr Chase will be fun to watch, and the offensive line should be better, but going 1-5 in the division, and with games against the Chiefs, Packers, Chargers, and 49ers, this schedule will keep Cincinnati below seven wins.

Changing of the Guard in the North

The Browns aren’t that far behind the Ravens and are paying +150 to win the division. Cleveland is +800 to win the AFC, which is fourth in the conference behind Kansas City, Buffalo, and Baltimore. A Super Bowl bet on the Browns pays +1600.

The combination of Mike Tomlin and Ben Roethlisberger has never finished below .500. That’s 14 straight seasons, and in the last eight of those seasons, they haven’t finished below first or second in the division. This year they are picked to finish third, paying +450 for a division win, +2200 for the AFC, and +4000 to win the Super Bowl.

Hopefully, Zac Taylor proves to be the right coach in Cincinnati, and Joe Burrow proves to be fully recovered from his ACL tear. But until they actually prove it, this team is a betting longshot to do anything meaningful this season. An AFC North championship pays +2500, winning the AFC pays +6500 (only ahead of the Jets and Texans), and a Cincinnati Super Bowl win pays +15000.